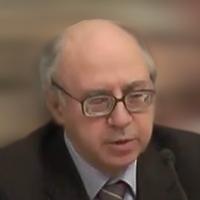 In a paper presented one of approaches to the economic systems interaction modeling is considered while innovations introduction, merge, formation of joint ventures, etc. on the basis of the system paradigm, proposed by J.Kornai specifically for economical system, and further generalized and developed by academician G.Kleiner from Central Economics and Mathematics Institute of Russian Academy of Sciences. According to G.Kleiner’s concept, the set of economic systems includes 4 types of systems: objective, environmental, project and process systems. These types of systems differ essentially by their properties (temporal and spatial) and by its functioning pattern, each system type has unique role and responsibility domain in the economy. Interaction of systems is considered within a framework of this system paradigm. Based on the definitions and the functional responsibility, the role of processes as an interaction maintenance is studied.